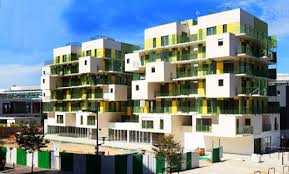 “Housing is the first of the social services,” said the manifesto.  The incoming government pledged to build 300,000 council homes a year and to make that target “second only to national defence”.

This was the Conservatives in 1951 – and they kept their word achieving the target in December 1953, their second year of office.

As newly elected Theresa May begins to piece together an economic strategy, one of her first acts should be to clean up the mess left by David Cameron and George Osborne on housing.

At the heart of the problem is the scant growth of council-house construction. For the past five years only 2,000-3,000 homes were built a year. In 2012, council-house building became “self financing”. Councils took on an extra £13bn of debt, creating the capacity to build half a million homes over 30 years. That would have been only 16,000 homes a year but would have been a significant change of pace.

Councils’ plans to borrow were based on economic recovery based on boosting inflation, that housing benefits and rents could rise above inflation, and that they would borrow against the upside; however inflation dropped.

Instead of accumulating a cash pile of £1.5bn from their own housing operations, they are looking at cash losses for the next 11 years. Far from financing new building, any cash generated from council rents has to go to servicing the debt they took on in 2012.

The key to unlocking the housing problem is overall government spending. If the Treasury were to refinance the councils’ existing debt, remove the cap on council borrowing and scrap the four-year rent freeze, councils could start building again.

Market forces skew building projects towards high-priced homes. Even to afford one of Cameron’s pledged “starter homes” you have to be earning £55,000 a year.

There are, currently, 27.7m households in Britain, projected to be 30m by 2025. That means we need Cameron’s promised million homes, and another million in the five years after 2020, just to stand still.

Housebuilding has a multiplier effect on economic growth.you can use housebuilding to counteract the forces of stagnation and depression.

Excerpt from the Guardian.